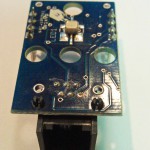 The dLight Adapter has an LED and a NXT Female Port

A set of dLights consists of one adapter board, three satellite boards and three cables for connecting the boards.

Both the adapter and the satellite boards have a small but bright LED on one side and the electronics and connectors on the other side. The boards have holes to connect them to your LEGO device. 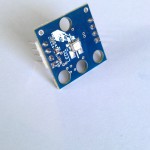 The set comes with three custom cables to connect the satellite boards to each other or to an adapter board. The cables are color coded to help you make a proper connection. 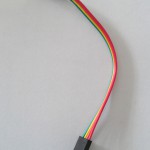 The dLight Cable – Your Kit should come with 3 of these. 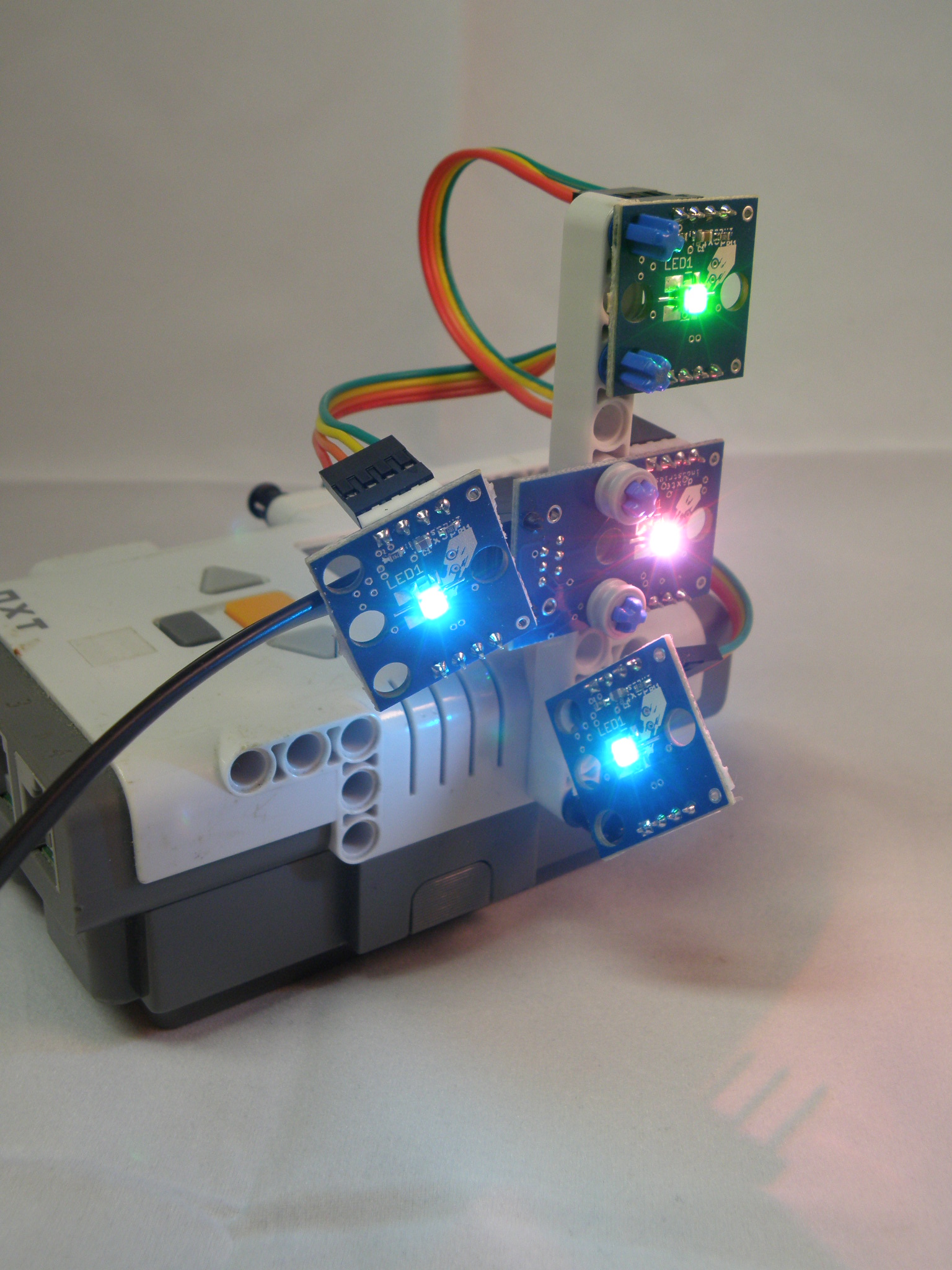 A dLight Adapter with Colored Cables Cables connecting the lights.

Here is a closeup picture of the dLights properly connected.  Notice that the red wire goes into the dLight facing the three holes on both the Adapter and the Satellite.  Click on the image for a closer look. 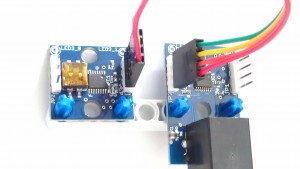 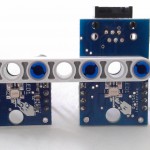 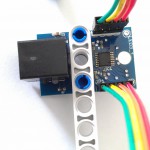 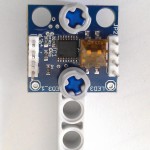 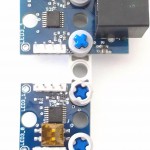 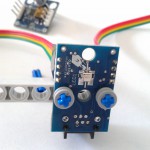 The holes on the dLight are spaced such that the LED on the Satellit and the dLight Adapter will mount in the middle of a Technic beam.  You can see this in the picture below. 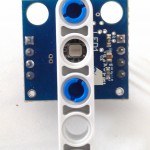 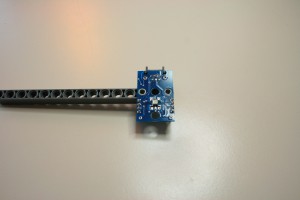 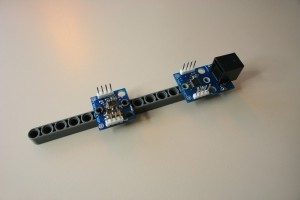 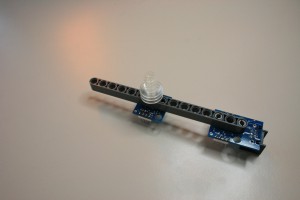 Although all four dLights of a set are connected to a single sensor port, they can still be controlled individually by giving them a unique address. The address of the adapter board is always 1. The address of a satellite board can be selected using the two micro switches on the board. The picture below shows the switch positions and corresponding addresses. The address of a dLight is later used in your program to control each of the dLights individually. If two or more dLights share the same address they are controlled as a group. 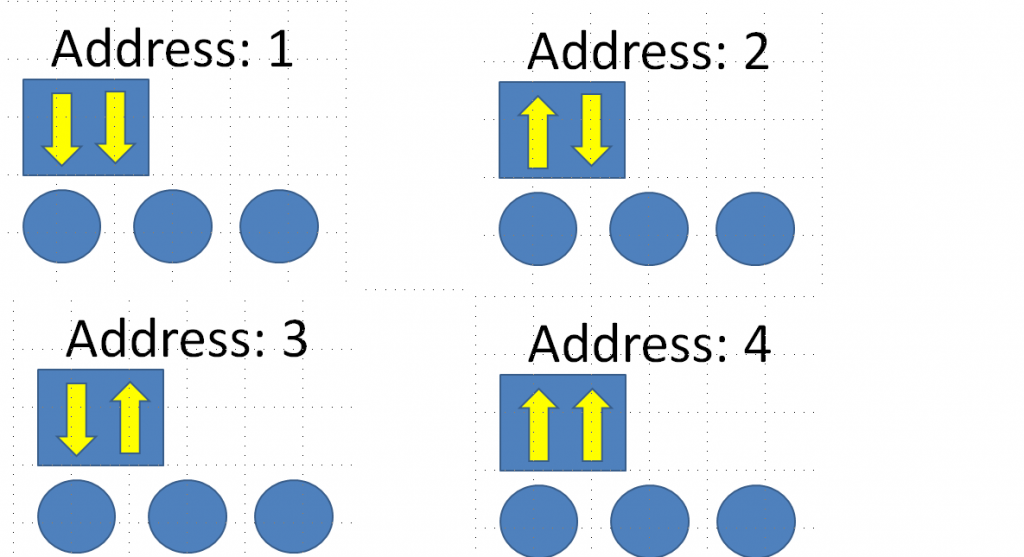 dLights use energy. With some extra care you can increase your battery life by decreasing the amount of energy used by the dLights. Most often you do not to use the full brightness of the dLight. Try to make them just as bright as you need.  Switch the lights off at the end of your program.

NXT-G Blocks and examples are provided for the dLight.  You can download both here.

The NXT-G functions are:

The NXT-G Block has automatic plugs for:

All of the following programs are available for download in the NXT-G section of the dLight.  We have screenshots of example programs below to help users troubleshoot their programs and understand the capabilities of the dLight.

This NXT-G Program increases the blinking rate of all of the LEDs. 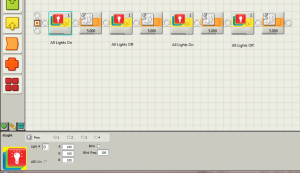 This NXT-G program turns the dLights on and then off.