How much electricity does a christmas tree use?

Blog » Uncategorized » How much electricity does a christmas tree use?

How much electricity does a christmas tree use?

John3:00 amOctober 17th, 2017
How much electricity does a christmas tree use? 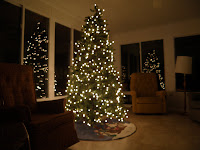 To celebrate Christmas, we decided to see just how much electricity those Christmas lights on our tree burn up (Merry Christmas Mr. Gore!). Not really because we’re concerned about global warming, but more because we were interested in the XBee, and the really cool project from adafruit.com.

In a nutshell, this thing takes an off-the-shelf Killawatt, which monitors electricity use in individual appliances, wirelessly delivers the data to your computer, and then posts it online. Check out a better description here. The Killawatt itself will tell you how much energy an appliance is using; but with the modifications, we can aggregate the data all over the house, store the data on the computer, and even Tweet it (because we’re really sure a lot of people want to know how much energy we’re using). Thus Killawatt becomes Tweetawatt. This could have a lot of real-life uses (and even better, save you some money!), but again, we just wanted to learn more about XBee Technology and Python scripting.

So we put one together, according to Adafruits / ladyada‘s instructions. They’re pretty good instructions, but we have no experience in Python language, or in soldering for that matter! If you’re going to do this, reserve 12 hours (I thought it’d take only about 6 at most), and get good tools, especially a small and precise soldering iron.

So the this is all documented at a new twitter site: http://twitter.com/johncoleWH
You can see the results of a compact fluorescent light, a nearly-dead laptop charging up, and the Christmas lights blazing in all their glory. Using twitter is definitely hip. But what will be really awesome is when we figure out how to use google graphing software.

Despite our lack of experience, we got the thing together. Evidence is posted in the pictures below.

Since we wanted to change appliances so frequently, and we wanted to remember where the data came from, we rewrote a snippet of the original script from adafruit. This behaves exactly the same way, but lets you write the name of the device you’re monitoring into a text file. When the script posts to Twitter, it posts the name of the appliance. You can even rename the appliance, save the text file, and it will start posting with the new appliance name.

You can find the modified script, and the file name text file here. 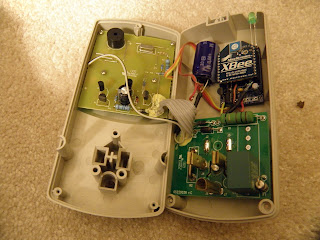 The Killawatt kit assembled. You can see the XBee transmitter tucked inside. This chip sends the data being gathered by the Killawatt. 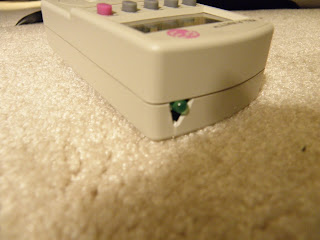 The modified killawatt, with XBee inside. The green LED lets us know it’s functioning properly. 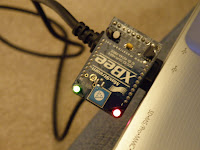 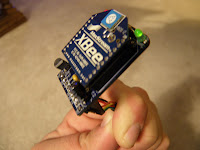 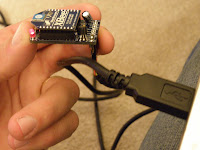 Some pictures of the receiver. This plugs into a USB. 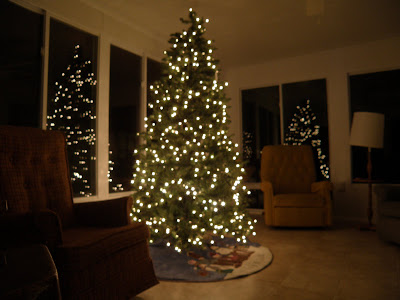