Receive a new mission every month to keep you engaged. 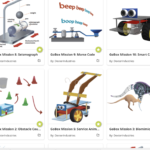 GoBox comes with the newest version of the GoPiGo robot car. 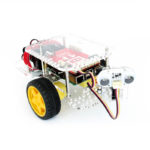 Step-by-step instructions teach you to program a robot.

The GoBox is a monthly subscription service that comes with a full robot car, the GoPiGo, and new missions that get delivered to your door monthly. It’s the perfect way to learn how to program, as it walks you through every step of building and programming it to accomplish new missions that teach you more every month.

We’ve put together twelve awesome missions, which are fun activities to do with your GoPiGo robot car. You’ll learn how to program 9 cool sensors on the GoPiGo to help it avoid objects, detect and react to sound, follow a path and so much more! 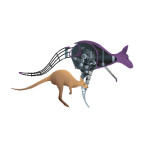 Turn your GoPiGo into an animal, add a light sensor and program it to react to light the way that animal would! 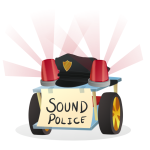 Attach a buzzer and sound sensor to your GoPiGo and learn to program it to detect loud noises and serve them up with a ticket!

Are you an educator looking for robotics & programming projects for the classroom, an after school program or a camp? Contact our DexterEd Team for info about Mission licenses and to get connected with other teachers!

Watch how 11-year old “Agent KK” uses what she’s learned from GoBox to build her own solution to the age old problem – siblings that sneak in your room and take your stuff! She uses the GoPiGo, the Raspberry Pi robot car, to not only scare them away, but also document the intruision.

Full GoBox – complete robot kit and monthly missions (with a total of 9 sensors) for a year. Only in the USA!

Full GoBox – full robot kit (and a total of 9 sensors) & 4 missions once per quarter for a year. Ships internationally!

If you already have the GoPiGo, you can get the Missions Only subscription for $15.99 a month and get a new project and a total of 9 new sensors! 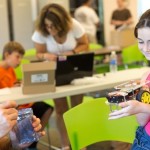 GoBox is a fun and easy way to learn programming through a build-your-own robot kit with monthly robotics missions that are delivered right to your door!

Build Your Own Robot 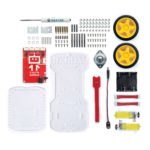 The first month, you’ll get the GoPiGo robot car, and every month after that you will be assigned a mission to accomplish!

You’ll get a new GoBox Mission each month with everything you need and step-by-step instructions on how to accomplish the Mission. Nine of the Missions also include a sensor!

Inspiring all types of learners.

We believe that the more someone knows about the way technology works, the more effective and successful they will be in any career they choose. However, the way that technology – like engineering and computer science – is taught, caters to those with a specific style of learning, and can often be boring and frustrating for many of us because it requires so much background knowledge. 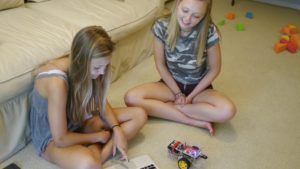 To solve this, we’re making an easy-to-use robot kit that will enable and excite anyone with any background to learn about coding and technology. 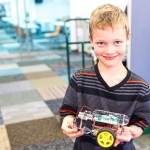 The GoPiGo is the foundation of GoBox. GoPiGo is a robot car we designed and built. With the awesome feedback we received from thousands of users and our thriving, creative community, we have learned how to make it easier to assemble, more durable, and a lot more fun to use! All of these improvements have gone into the GoPiGo3.

The GoPiGo is built around a really neat $40 single board computer called the Raspberry Pi . It was developed by a UK foundation a few years back and has taken the education world by storm — making it easier than ever for young people to get their hands on electronics and learn to program. It’s easy to use, and we think it’s the best platform for beginners because it doesn’t require any prior knowledge.

Read more about the Raspberry Pi and the Non-Profit Foundation that supports it here.

GoBox is great for beginners because all the Missions are in Bloxter, our block based language similar to Scratch. You can also program the GoPiGo robot in many other languages including Python, Scratch, Node.js, and Go. Our awesome community has even developed Windows10 for the GoPiGo! Don’t know what any of these languages are? Don’t worry, GoBox helps you learn the basics!

When we looked at how to make GoBox accessible and engaging for all skills levels, we decided to use Bloxter, our new block based language similar to Scratch.

Bloxter is an easy drag and drop language we developed for teaching new programmers how to code. Rather than typical lines of code, you’ll use simple shapes and graphics to program your robot. 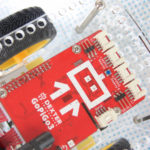 Why a monthly subscription?

It’s the gift that keeps on giving. Your monthly GoBox comes with everything you need to accomplish a new mission, which keeps learning exciting month after month. Most missions also come with a sensor for you to attach to the GoPiGo and use to accomplish the mission!  Each mission builds on the next, so you are learning new skills and staying engaged over a period of time — which we believe is the key to success!

What’s more exciting than going on a mission? Our team of illustrators, teachers, engineers and designers are crafting beautiful and easy to understand materials that lead you through a story that helps you accomplish something cool with your GoPiGo and each new sensor.

Mission 3, for instance not only teaches concepts about biomimicry but does so in a way that explains programming concepts like if and else statements, how robots read sensor data, concepts like thresholds, and math concepts like averages and how they apply to coding.

Each Mission will be accompanied with helpful videos to get you started and walk you through certain parts of the Mission. 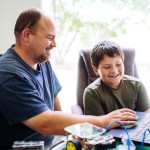 Each mission has fundamental engineering principles woven into the mission. The GoBox teaches new ways to think about how to approach and solve problems.

Each mission presents a problem and provides the tools to approach and solve the problem in your own unique way. Our missions encourage the design theory approach: state the problem, design, build, code, test, and iterate. 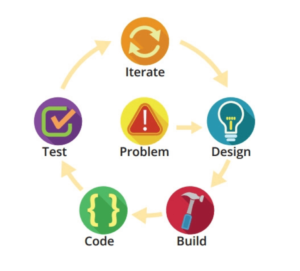 This allows students to find their own answers, and encourages them to come up with their own missions! 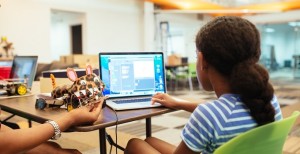 With GoBox, you’re not just playing with a robot, you’re actually learning programming concepts without it ever feeling like a computer science class. A robot makes the whole coding and programming experience tangible and real.

Aren’t sure of what all of these terms mean? No problem – that is exactly what GoBox is meant to help teach.

Not just a toy…

Since GoPiGo can also be programmed in Python, Go, Node.js and a growing list of other languages supported by our community, when you or your child outgrows Bloxter, a whole world of powerful programming languages awaits! Also, because the GoPiGo is open source, our active community is constantly adding new examples, languages, and features.