After this weekend’s disappointing news about Beyond Petroleum’s latest attempts to plug the well, we had some long conversations around the office about what BP is doing wrong.  While we’re amazed at their undersea robots and the things they can (and can’t) do, they obviously fall short in being able to complete the job.

Maybe they should have used NXT Mindstorms robots.  Or maybe BP should host a prize, like the Google Lunar X Prize, to cap the well (as much as Dexter Industries loves Louisiana, we don’t have the money . . . yet).  Beyond Petroleum is running out of ideas, and clearly the good folks who’s lives depend on the Gulf are running out of time.

Even we had some better ideas (IE, if we’re going to throw the sink at the problem, why don’t we line up the sinks we’re going to go in rapid succession . . . ie, as soon as the “Top Hat” fails, why isn’t the “Junk Shot” right there inline rather than two weeks away?).

So what are your ideas for plugging the well?  Comment it, and we’ll send it to President Obama and the president of BP, and give you credit.  Let’s hear some crazy ideas . . . 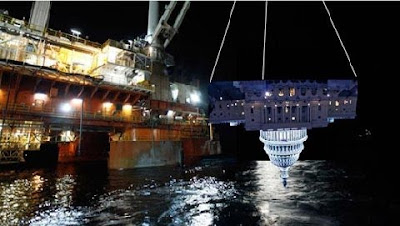 UPDATE:  We added a cool picture of a robot that BP put up on their website.  Pretty cool remote controlled robot.
Tags:robot
0
15
dFlex Released into the Wild
Measuring Body Heat with Dexter Industries Thermal Sensors