This is an official Raspberry Pi camera. It can take pictures and HD video. This is great to attach to your GoPiGo , BrickPi and GrovePi. Use the Servo Package (only for GoPiGo) if you want to rotate the camera! 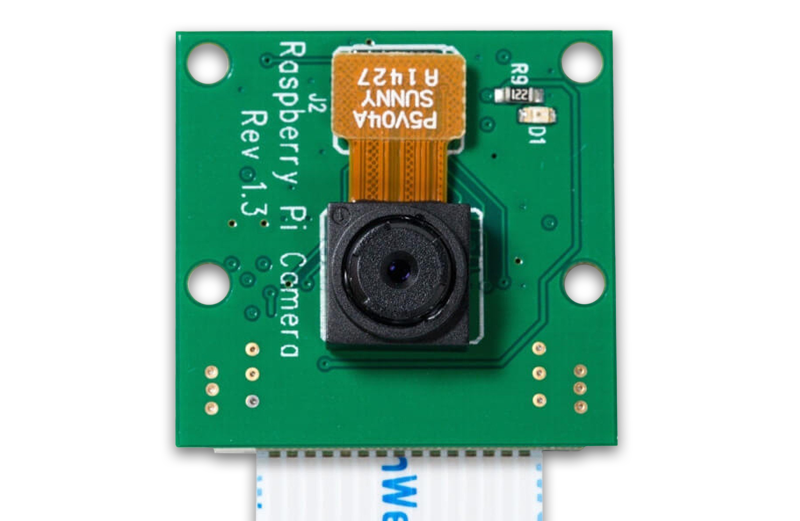 What is the Raspberry Pi Camera and what can you do with it?

The Raspberry Pi foundation has developed a special camera that takes high-definition video and stills photographs. It’s easy to get started, as it just plugs in to the Raspberry Pi, and has many advanced features like OCR, time-lapse and slow-motion.

This five megapixel fixed-focus camera supports 1080p30, 720p60 and VGA90 video modes, and stills capture. It comes with a 15cm ribbon cable that you use to attach it via the CSI port on the Raspberry Pi.

The Raspberry Pi camera is compatible with all models of the Raspberry Pi. You can access it through MMAL and V4L APIs, and there are many third-party libraries that have been developed for it, including the Picamera Python library.

We’ve seen it used in home security applications, in wildlife camera traps, and now Dexter has made it compatible with the GoPiGo Raspberry Pi robot car! Now you can use your Raspberry Pi camera as a wifi controlled robot for exploring the scary spaces behind the couch or to check in on your pets while you are at the office.